Video coding standards such as MPEG-1 Part2, H.262/MPEG-2 Part2, or H.264/AVC divide pictures into disjoint square blocks, referred to as macroblocks. Similarly, HEVC specifies a division into square coding tree blocks (CTB). Its size has to be signaled for each video sequence. This is the point that contradicts the previous coding standards with their fixed 16×16 macroblock size in terms of luma samples. Specifically, HEVC allows a CTB size ranging from 16×16 up to 64×64 luma samples. Starting from the root, each node may be recursively split into four square coding blocks (CBs) having the same size. The resulting final tree is called coding quadtree. A further quadtree structure is nested at the leaves of the coding quadtree. It indicates further subdivisions for residual coding and is referred to as residual quadtree (RQT). 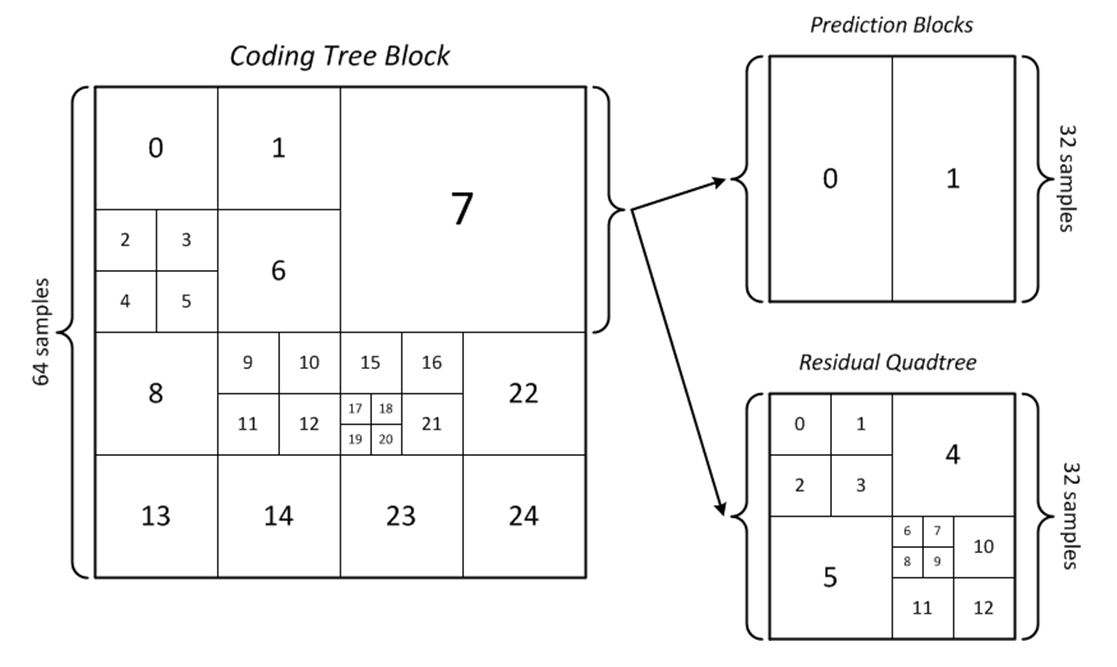