We investigate concepts and develop prototype demonstrators for future immersive videocommunication that convey the sense of being there in a natural and realistic way since more than 15 years. The research includes multi-view video processing, rendering of novel views for 2D and auto-stereoscopic displays, preserving eye contact and gestural behaviour as well as interaction concepts for immersive videocommunication. From 2000-2003, we have been involved in the first European research project IST VIRTUE dealing with 3D videoconferencing. After that, the im.point represented in 2004 a proof of concept for a real-time 3D videoconferencing system offering one person at three different sites to communicate to each other as they would do in a real-round table setup. From 2007-2009, we have been involved in the European FP7 research project “3DPresence”. The project developed a prototype demonstrator offering a multi-party, high-end 3D videoconferencing concept tackling the problem of transmitting the feeling of physical presence in real-time to multiple remote locations in a transparent and natural way. Currently, we are investigating novel concepts for immersive videocommunication focusing on large wall displays and 3D video communication using autostereoscopic displays.

The expertise in this area is as follows: 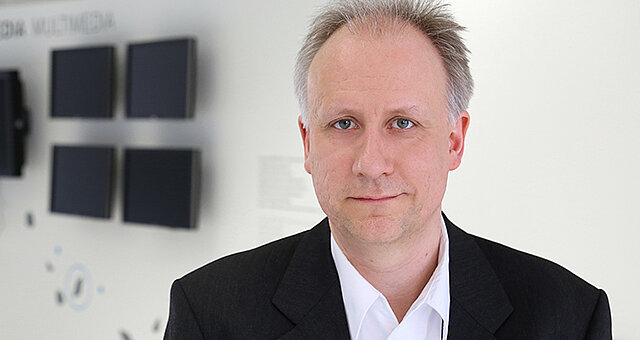