Anja Karliczek, German Federal Minister of Education and Research announced in Berlin that QuNET, a major initiative for a quantum network impervious to eavesdropping, will receive a total of 165 million euros in funding. In QuNET the Fraunhofer Heinrich Hertz Institute HHI is collaborating with the Fraunhofer Institute for Applied Optics and Precision Engineering IOF, Max Planck Society and the German Aerospace Center (DLR) to research photonic technologies for quantum-based communication networks that are impervious to eavesdropping. Fraunhofer HHI is contributing two technologies. First, it’s Photonic Integrated Circuits (PICs) for the quantum network, which have already succeeded several times in winning competitions for European research projects. Secondly, Fraunhofer HHI will also contribute its expertise in fiber optical networks and Quantum Key Distribution (QKD), which has already been demonstrated over an optical link.

The objective of QuNET is secure communication between governmental organizations. The planned seven-year project will also serve as a central platform for the establishment of a German Quantum Communications infrastructure and will play a seminal role in building a quantum internet. At the European level the German federal government and the partners in the QuNET consortium are working to create a secure European data space. In the first phase alone the initiative will receive approximately 25 million euros in funding over the course of two years. To meet this challenge Fraunhofer and its institutes for Telecommunications, Heinrich Hertz Institute, HHI, and Applied Optics and Precision Engineering IOF are partnering with the German Aerospace Center and the Max Planck Institute for the Science of Light.

Fraunhofer HHI is the worldwide leader in research on mobile and optical communication networks as well as in the encoding of video signals. The institute’s researchers set a world record in 2016 for optical free-space data transmission. They set up a bidirectional 1.7 Tbit/s optical transmission segment through the air between two buildings of the Fraunhofer HHI. This kind of free-space segment is important for areas with underdeveloped infrastructure and also serves as a test segment for optical communication to satellites. Fraunhofer HHI already conducted Quantum Key Distribution experiments with a key rate of up to 8 kbit/s using the time-frequency protocol on the same segment as part of the DFG Collaborative Research Center "Semiconductor Nanophotonics". Photonic Integrated Circuits developed at the Fraunhofer HHI are used around the world in high-data rate transmission through fiber optics networks. In the context of the European Union "Quantum Flagship" projects UNIQORN and CIVIC, these PICs are being further developed for use in Quantum Key Distribution. Here, researchers in the Fraunhofer HHI department Photonic Components developed innovative optical integration solutions that make quantum technologies affordable for the average citizen. The hybrid photonic integration platform PolyBoard, developed at the Fraunhofer HHI, enables the flexible and efficient combination of the widest possible variety of optical functionalities on a single chip and is thus the key to success in the mass market.

The driving factor behind the QuNET initiative is the rise in the performance capabilities of digital technologies, which have an impact on today's data networks and, which represent an increasing threat to the security of the modern information-based society. Governmental organizations, banks and security-critical companies in particular will have to rethink and rejuvenate their security infrastructures accordingly. The project, organized in three phases, will officially be launched in the fall of 2019: First the researchers will develop the hardware components; in a second step they will formulate the technological foundations for multi-user operations in heterogeneous networks; in the third phase the quantum technology-based network for governmental agencies is to be implemented together with industry and German federal network providers. 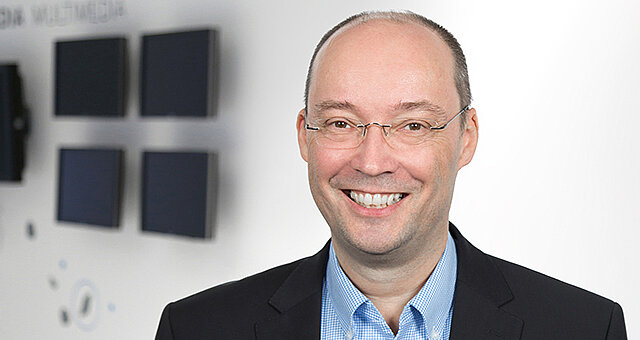