Fraunhofer HHI successfully completed the EU-funded research project TERRANOVA in July 2020. The aim of the project was the research and development of THz-transmission systems at a carrier frequency of 300 GHz which allows free space transmission capacities of potentially several 100 Gbit/s. The project results were presented to the EU reviewers in a video conference and were rated by them as outstanding.

In the past three years, Fraunhofer HHI has made significant progress in the development of THz-based free-space transmission systems within the TERRANOVA project and achieved remarkable results in the process. Together with the project partners Fraunhofer IAF, University of Piraeus, Intracom Telecom, JCP Connect, PICadvanced, University of Oulu and Altice Labs, the project was completed by successfully demonstrating the first ever 100 Gbit/s THz wireless transmission with polarization multiplex over a 500 m long open space link in Berlin. The transmission system used a high-performance terahertz modem with signal processing algorithms from Fraunhofer HHI and fast, indium gallium arsenide-based integrated electronic high-frequency circuits from Fraunhofer IAF.

Furthermore, the research team demonstrated an important, practice-relevant combination of the newly developed THz wireless transmission and a transmission via standard single-mode fibers, the so-called "THz wireless extender". This method opens up new degrees of freedom for the flexible and high-capacity networking of future 6G mobile radio base stations. For the first real-time demonstration including video transmission, a 100 Gbit/s data signal was transmitted over a 40 km long fiber optic line, in the middle of which a part of the fiber was replaced by a THz free-space transmission system. The implementation between the two domains was seamlessly realized by purely analogue, energy-efficient interfaces without digital signal processing. The system was first presented at the European Conference on Optical Communication (ECOC) in Dublin in 2019.

To conclude the project, the team presented the results to the EU reviewers in the form of a demonstration video. Overall, the TERRANOVA project has taken an important step towards the feasibility and marketability of THz wireless transmission systems. A project results summary will be published soon as an article in IEEE Communications Magazine. Following on from the EU project, Fraunhofer HHI and Fraunhofer IAF are now working together on the world's first prototype of a THz wireless transmission system for 100 Gb/s over a distance of up to one kilometer. This prototype should be available for further marketing of THz technologies in early 2021.

Fraunhofer HHI, one of the world's leading research institutes for the development of novel telecommunication systems, is conducting intensive research on terahertz technology, which is based on the wireless transmission of data at high carrier frequencies and thus allows transmission capacities of several 100 Gbit/s. This is a five to tenfold increase in transmission capacity compared to existing radio technologies. The transmission uses frequencies far above the 4G-LTE/5G mobile radio frequencies and is therefore an ideal complement to existing technologies. Bandwidth requirements will continue to rise in future 6G communication networks, driven by new applications such as Industry 4.0, autonomous driving, AI-based cloud/edge computing, e-health, smart cities, and virtual and augmented reality. Hence, wireless terahertz technology is an important component of future communication networks.

You can find the demonstration video here: Project completion TERRANOVA

The video presenting the system at ECOC 2019 can be found here: Presentation at ECOC 2019 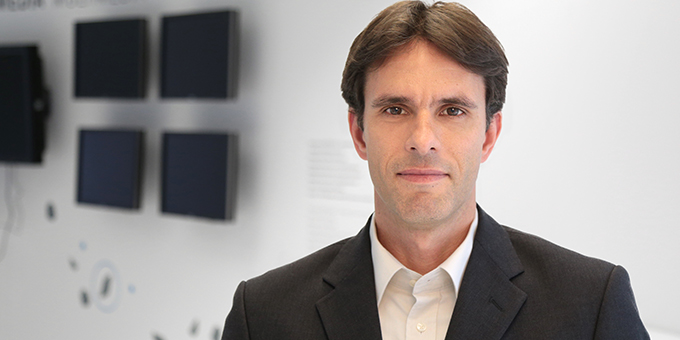