Underground methods for precision control of the drilling head require high-speed data transmission to the surface. Yet mud pulse telemetry, the main method used so far, can only transmit a few bits per second. A new method developed by Fraunhofer HHI enables transmission of far higher data rates. And this is particularly beneficial in the search for hot springs.

The new technology from Fraunhofer HHI substantially raises the transmission rates of data captured underground to the surface. State of the art methods developed for the new LTE mobile communication standard are used to convert measurements from a "downhole navigator" fitted close to the drilling head into a broadband acoustic signal optimized for the drilling channel. A type of loudspeaker on the drilling head transmits the signal as an acoustic wave to the steel part of the drilling pipe and sends it to the surface where it is picked up by a sensor.

The first trials succeeded in transmitting data over a four meter long pipe at a rate of 20 kBit/s – nearly 4,000 times faster than current standard throughput. Thus far information captured on the downhole navigator – which is critical for setting the position of the drilling head – could only be transmitted to the surface at slow speeds of two to five bits per second which meant that most drilling probes went wide of the mark. In further trials researchers want to test transmission on a trajectory of up to 1.5 kilometers. Fraunhofer HHI presented the new technology at the DGMK/ÖGEW Exploration and Production Spring Conference in late April 2012 in association with the GFZ German Research Center for Geosciences in Potsdam and the Institute of Drilling Engineering and Fluid Mining at the TU Bergakademie Freiberg.

OFDM or orthogonal frequency division multiplexing is a highly efficient and very flexible transmission technology which has recently been introduced in a diversified range of applications. First used in DSL for wired internet connectivity via telephone, it was then deployed for digital television with DVB-T, later in ubiquitous local area wireless networks and now features in the latest LTE mobile communications generation. In OFDM the signal is composed of the tones of a number of sub-carriers each of which is allowed to propagate independently of all other tones. This offers a much more robust type of transmission against the massive acoustic multipath propagation found in multiple screw-jointed bore rods. What’s more, greater or smaller amounts of data can be transmitted depending on the frequency and how good or bad the transmission channel is.

OFDM technology is at the high point of its development in the latest LTE wireless communications standard. It comes with a host of functions of great benefit for acoustic transmission in drill pipes. We now have established transmission technologies with other useful add-on features like error correcting or feedback and control channels with which data rates can be adapted to the appropriate frequency. This is why researchers at Fraunhofer HHI have adapted what is now the world's most modern wireless communication system to the requirements of acoustic data transmission in deep drilling rather than developing a completely new system with similar characteristics from scratch. This new method should optimize the search for hot springs and thus represents one step closer towards realizing the goals of the energy revolution. 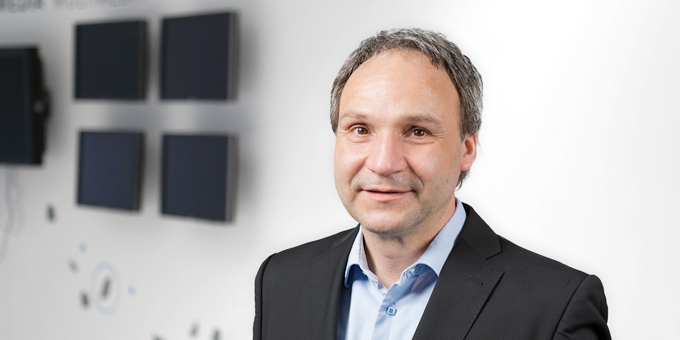