11 October 2012 is the day when the Tailored Light Pulses project of the Fiber Optical Sensor Systems project group on the EnergieCampus in Goslar becomes one of Selected Landmarks in the Land of Ideas. Scientists at the Fraunhofer Heinrich Hertz Institute are being honored for their development of a new technique which improves the light-trapping properties of solar cells. The new technique uses tailored light pulses in an atmosphere with sulfur to refine silicon – the basic material from which solar cells are made – into black silicon, thus enabling the infrared band of sunlight to be captured and harnessed for the very first time.

Conventional solar cells only use the visible part of sunlight to turn light into energy. Yet one third of the total spectrum of sunlight consists of infrared radiation which such conventional cells are incapable of harvesting. To exploit the infrared band in sunlight, tailored laser pulses were used to roughen the surface of conventional solar cells while the ultra short light pulses doped the silicon by enriching it with sulfur atoms. This means that when infrared light hits the surface of black silicon, it is reflected back and forth between the cone-like protuberances thus created and can be easily absorbed into the silicon where it reacts with the sulfur atoms and turns into energy. 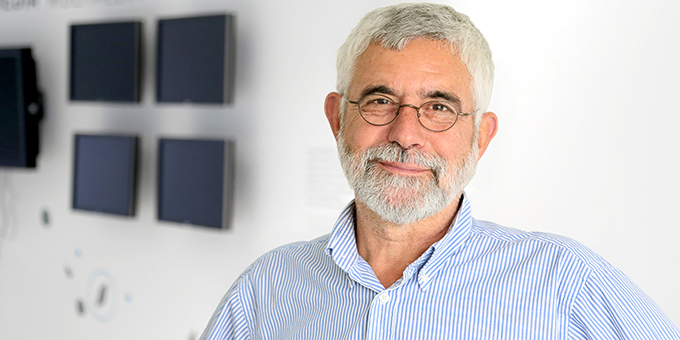