Thomas Wiegand, executive director of Fraunhofer HHI has been honored as one of “Germany’s Digital Minds” by the German Informatics Society (Gesellschaft für Informatik e.V. – GI) for his work in the field of video coding and transmission.

As the jury noted in its commendation, “His scientific contributions make possible ways of transmitting data that are profoundly changing the ways we deal with digital media and the shape of our everyday lives.”

The GI awards the Germany’s Digital Minds honor in the context of the Science Year 2014 – The Digital Society to women and men whose ideas and projects make a significant contribution to the digital evolution of the country. The award winners include 39 women and men from science, industry and society.

The Germany’s Digital Minds awards will be presented to the winners at a ceremony held on 15 September 2014 in Berlin. At the GI convention on The Future of the Digital Society they will elaborate proposals for the digital future of Germany which will be handed to the Federal Government at the closing event of the Science Year at the end of 2014. 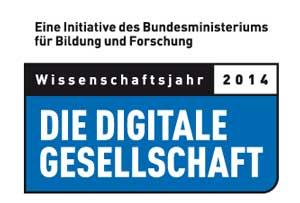