Since the beginning of 2017 Fraunhofer HHI is working together with the Hegel-Gymnasium in Stuttgart, Germany, to upgrade a classroom with Visible Light Communication technology (VLC). Now, Isabel Fezer, Mayor of Youth and Education of the city Stuttgart, has opened the room with an optical WLAN environment: “I am happy about the start of this extraordinary research project and look forward to the results of its practical application.”


The VLC technology (also referred as Li-Fi) is a possible alternative to traditional WLAN technology. Data transmission is equally wireless, though not via radio waves but via modulated light from an LED illumination system. The advantages of this Li-Fi technology lie in the avoidance of radio radiation and the lack of interference with other radio waves or electromagnetic fields. This has a favorable effect on the possible bandwidth for densely populated radio networks and a low susceptibility to interferences.

The Fraunhofer Heinrich Hertz Institute HHI from Berlin is working on the further development of this technology and plans with this classroom field test not only to demonstrate the potential of this technology, but also to align future research in this area. “The modern schoolroom needs new solutions for flexible data exchange. We believe that the VLC technology offers a genuine alternative to radio-based systems. Our project, thus, contributes to a digitalization of the classroom”, says the project manager at Fraunhofer HHI, Dr. Anagnostis Paraskevopoulos.

The current equipment, such as the VLC ceiling light and the VLC tabletop modules, are still in the prototype stage. After the further development of the technological basis, it is expected in the long term that the industry will integrate the technology into the room lighting, as well as into terminal equipment such as lap-tops, tablet PCs and smartphones.

Scientific findings for the practice-oriented application

The Hegel-Gymnasium is very open-minded towards the project, even if its execution entails an extra effort for the school. The lessons will be planned and adapted in order to intensely incorporate the use of the VLC system.

The experiences won through its use must be evaluated, described and documented. The new principal Frank Bäuerle elaborates: “We are happy that our students are involved with a sensational research project, which is concerned with high-speed data communication without electromagnetic interference. Our teaching staff and students will gather experiences on the level of sophistication of the Fraunhofer HHI VLC-modules, as well as on which pedagogical concepts make sense with this technology. In this way, we will be able to assist in the identifica-tion of future technological development.”

The realization of the “VLC-Classroom” project goes back to a resolution of the municipal council of Stuttgart. In the course of the last budget plan consultancy, it was decided to provide €500,000 for the improvement of IT equipment in schools and to finance, among others, this project as well. In addition to a financial contribution to the research work of the Fraunhofer HHI, the city is supporting the project through appropriate adjustment of the room infrastructure, which was realized by the school administration office and the municipal building authority. 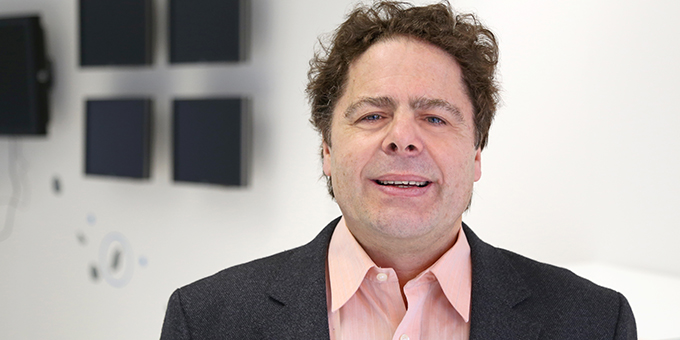