The project CiViQ is part of the European Quantum Flagship Initiative. The aim is to develop quantum cryptography that can be easily integrated into existing telecommunication networks. In this way, users can establish connections that in principle do not allow for an undetectable interception. The consortium consists of 21 partners from nine countries covering the entire value chain of quantum cryptography. Fraunhofer HHI is developing a quantum cryptography receiver in CiViQ. At this current time, about every second bit transported on the Internet comes into contact with classical receiver technology of Fraunhofer HHI, which also forms the basis for this quantum development.

In over 200 years, the world has experienced four major industrial revolutions. While the first implemented steam power for mechanized production, the second was based on electric power to drive mass production, the third used electronics and computing to automate this production, and finally the fourth used digital technologies to radically change the way we interact and connect, the way we work and live and even the way we may view the world of today.

This fourth revolution addresses a new way of sharing information that deals with massive and exponentially incremental data creation and storage as well as data traffic at global scales, in most cases, driven by new fast growing technologies such as the Internet of Things, Big data,  virtual reality, autonomous vehicles and other applications of artificial intelligence. Many of this information, e.g. related to health, finance or even defence-related communication, is extremely sensitive and needs to be handled with protocols and procedures that ensure the highest degree of security.

Present day cryptography is in danger due to the advent of quantum computers, which will instantly break most methods currently considered secure and widely used. Such quantum based protocols and systems bring additional methods that avoid any cryptographic message being broken by any computer at all, present or future. For this reason, “classical” cryptography can be extended to also include “quantum cryptography”-based protocols, which rely on the foundation of quantum mechanics to add a future-proof physical/hardware layer to the overall security-protecting architecture of the communication infrastructures. Quantum Key Distribution (QKD) is the most widely used among quantum cryptography protocols. Since its inception in the late 80s, the advances in QKD have been extraordinary. However, its potential for applications in cybersecurity has not yet been fully exploited. Thus, significant challenges still remain, mainly because the QKD systems currently used for specific security services are often expensive, exhibit poor flexibility, and cannot operate seamlessly in telecommunication networks.

The new European project CiViQ (Continuous Variable Quantum Communications) will focus on solving these challenges. Selected as one of the 20 projects to start the Quantum Flagship (an ambitious 1b€ initiative supported by the European Commission over the next 10 years), CiViQ aims at developing flexible and low-cost QKD systems that can be integrated easily into emerging telecommunication infrastructures. It will also put forward novel quantum cryptography systems and protocols, with the ultimate goal of offering accessible, innovative services to individuals, industries and institutions and thus to meet the needs of the secure telecommunications market.

ICREA Prof. at ICFO Valerio Pruneri, coordinator of the project, comments “In the next three years, CiViQ will put together technology to meet specific network security requirements. An end-user driven approach together with flexible integration into telecommunication networks are a prerequisite for a successful impact on the cryptography and cybersecurity markets.”

To do this, the project brings together a consortium of 21 partners that cover the entire supply chain of QKD, from academic research groups, component manufacturers, industrial equipment suppliers and telecommunication network operators/end users. Five Research Institutes, six Universities, two SMEs, and eight large companies will contribute through research in areas that include, among others, quantum protocol design and security analysis, certification, integrated photonics, and, system and network engineering. The partners will combine their expertise to ultimately promote quantum-enhanced security services and drive the creation of novel commercial applications, strengthening the competitiveness of the European economic system in the field of Quantum Technologies. 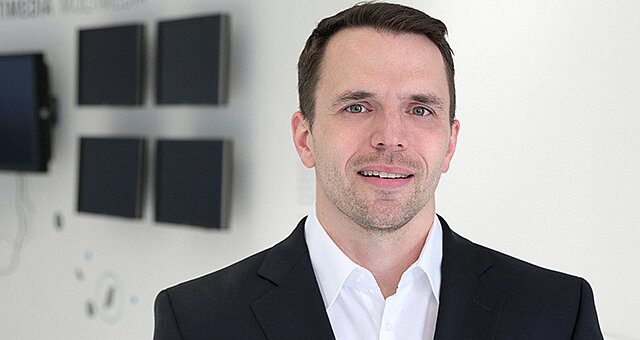