Japanese mobile communications infrastructure provider Sangikyo Corporation has used the Fraunhofer Heinrich Hertz Institute's (HHI) LiFi technology for the first time to connect driverless trucks while on the move for a pilot project in Japan. During the trial on the Shin-Tomei Highway near Shizuoka in end of February 2021, continuous communication between LiFi modules attached to the front and rear bumpers made it possible to link three trucks together to form an autonomous convoy, or platoon. This involves the vehicles following each other at a close distance, which saves fuel and increases safety on highways.

In platooning, acceleration, braking and steering interventions are performed simultaneously by means of vehicle-to-vehicle (V2V) communication. This communication required for platooning can take place over a wide range of channels. So far, it has only been tested based on 5G or Wi-Fi based data transmission technologies. Sangikyo Corporation's trial project is the first of its kind to rely primarily on optical communication for data transmission between the trucks.

For the demonstration, the Sangikyo team attached LiFi transceivers to the front and rear bumpers of the trucks, which can transmit, receive and process information. During the drive, only the leading truck was controlled by a driver, while the two following trucks drove autonomously based on the data sent by the first truck. To ensure the safety of the experiment, the autonomous vehicles were only manned by safety personnel in the passenger seats. The constant distance between the vehicles was about nine meters at a speed of 80 km/h.

Platooning offers the following advantages: Automated slipstream driving in a convoy significantly reduces fuel consumption and increases safety on highways. "We are pleased that autonomous driving has been successfully demonstrated in this truck platooning project," said Dr. Shogo Hayashida, Manager of Sangikyo Corporation. "We used a customized LiFi system as the primary communication system between the vehicles. With our demonstration, we were able to successfully show the potential of the novel LED-based optical wireless communication."

The team from Fraunhofer HHI's "Photonic Networks and Systems" department provided support to Sangikyo Corporation in the deployment and testing of LiFi technology. "The test results of our Japanese partners demonstrate the importance of LiFi technology as a pioneer for safe autonomous driving, smart cities and ultimately an increasingly connected society. We are happy that our system is being used internationally and hope for further trial projects," comments Dr.-Ing. Dominic Schulz, project manager at Fraunhofer HHI. Beyond the latest demonstration, Fraunhofer HHI is researching optical truck-to-truck communication in cooperation with car manufacturer Ford as part of the EU-funded "Vision" (Visible light-based Interoperability and Networking) project. 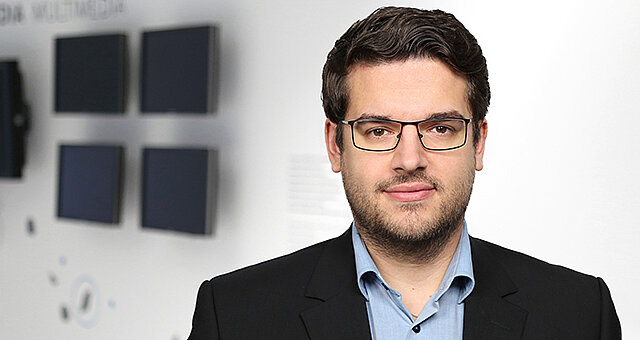