The "Fiber Optic Sensor Systems" department of the Fraunhofer Heinrich Hertz Institute (HHI) at the Goslar site in Lower Saxony opened a new battery test center at the end of October. It is located in a former ore processing plant in the Harz Mountains near the institute. The researchers upcycled the industrial building, which had been vacant for years, into a state-of-the-art laboratory. They installed decommissioned solar panels on the roof of the building. The resulting solar power is stored in retired batteries that retain good performance, known as second-life batteries, and is used for the tests. The team thus created an energy-autonomous, resource-saving test center for battery trials.

Research in the new battery test center focuses on the safe use of rechargeable batteries. This topic is becoming increasingly important, especially in the wake of the energy transition. Lithium-ion batteries are the best solution for applications with high-energy requirements. However, they are sensitive to overcharging as well as to the effects of heat and cold. At temperatures as low as 70 to 90 degrees Celsius, the first battery parts begin to chemically decompose. At temperatures of 130 degrees Celsius and above, a strong and difficult-to-control chemical reaction occurs, which supplies the fire with oxygen and flammable substances.

These types of battery fires involve hours or days of extinguishing, great amounts of contaminated water, and toxic gases. The Fraunhofer HHI team in Goslar is working on methods to control these fires more quickly, thus minimizing air and water contamination.

For this purpose, the researchers overheat a cell of the battery under controlled conditions. If the battery starts to burn, it is extinguished immediately with a special water-chemical mixture via a sprinkler system. This method can stop the battery fire in a few minutes, preventing further damage. In addition, the system saves water and emits fewer toxic fumes. The sprinkler system can be used in a variety of applications.

The decisive factor of this sprinkler system is that it has to be triggered in time. The researchers achieve this through sensor and analysis systems that specialize in evaluating the condition of energy storage systems. The department "Fiber Optic Sensor Systems" with its research group “Energy Storage Sensor Technology” offers long-standing technological competencies in this field. The group develops measurement systems that record the most precise changes in state.

Fraunhofer HHI cooperates with numerous industry partners in the field of battery testing. VW and Porsche Engineering are already testing their batteries at the new test center. 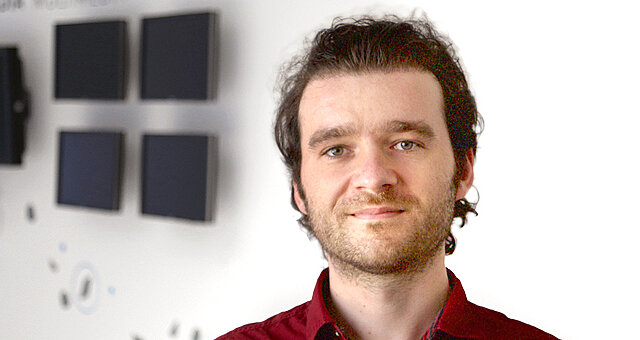