The scalable, mirror-based multi-camera system OmniCam was developed at the Fraunhofer HHI. It allows the recording of live video in 360° panoramic format. The newest OmniCam-model, the OmniCam-360, consists of ten 36° mirror segments. Each mirror segment is equipped with one HD camera. The cameras of the OmniCam-360 are arranged vertically and in a circle and are therefore reciprocal to the cylindrically arranged mirror segments. Also, the cameras are placed around a virtual center. This arrangement allows parallax-free image stitching of scenes in the range between 1 meter and infinite. The covered field of view is about 60°.

With a resolution of up to 10,000 x 2,000 pixels, OmniCam-360 generated videos are optimal for immersive applications. Since 2014, material generated by the OmniCam, can be processed in real-time. Supported by the Real Time Stitching Engine developed at the Fraunhofer HHI, the panoramic content can be displayed on tablets and VR-glasses in real-time.

By enlarging the system, the OmniCam-360 can also generate 3D-video content. The crucial difference between the 3D OmniCam and its 2D version is the number of cameras. While the 2D version is equipped with a single camera per mirror segment, the 3D version is equipped with two cameras per segment. The 3D-rig of the OmniCam-360 features a total of ten 36° mirror segments with two cameras each. This amounts to a total of 20 micro HD cameras for 360° 3D panoramic recordings.?To achieve the 3D effect the lenses of each camera pair are arranged in distances between 40 and 70mm. Lens pair distances are adjustable within this range. Further, to achieve optimal 3D imaging, each lens pair should be distanced close to the average eye distance of 65 mm. As in 2D imaging, the vertical image section is also 60° in 3D panoramic imaging. The 3D OmniCam system allows parallax-free recording for distances larger than 2 meters. 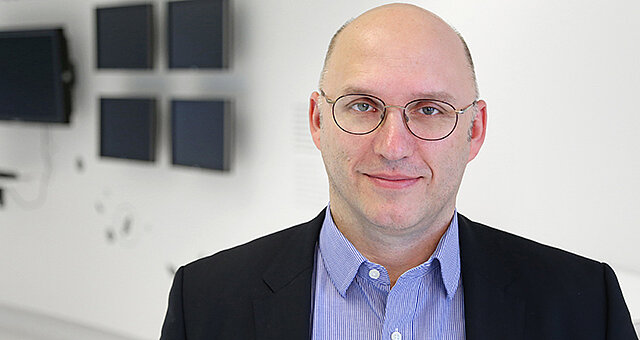