Optical glass fiber sensors for measurement of temperature and strain – so-called fiber Bragg grating (FBG) sensors – are utilized nowadays in many applications in which a high accuracy, insensitivity towards electromagnetic fields, or a particularly small built-size of the sensors are demanded. Their functional principle relies on the reflection of a narrow segment of the light spectrum, with which they are irradiated, whereby the spectral state of this segment depends on the actual condition of the measuring site, i.e. regarding changes in temperature or length. Accordingly, no electrical amplification for the analysis but a so-called “interrogator” is needed which provides the light source as well as an element to analyze the reflected light spectrally. State-to-the-art super luminescent diodes (SLEDs) are employed, which can generate the necessary, broad light spectrum and are bright enough to allow for the coupling of the radiated light into the glass fiber. They emit sufficient light for the analysis of a multitude of sensors, which can be situated in the glass fiber one after another. Drawbacks of SLEDs are high costs and smaller robustness according to sensitivity towards temperature fluctuations or electrical confounding effects. Therefore, fiber Bragg gratings as an alternative to electrical sensors in single-point applications are not on the market, apart from customized solutions. The penetration of future markets, such as the monitoring of a high number of fast switching electrical components in electric cars, will remain impeded for optical glass fiber sensors because of high direct costs.

The objective of this project is to develop an inexpensive light source based on fluorescent nanoparticles, which are embedded in a polymer matrix. This novel material is to be utilized to generate (by a method similar to microlithography) planar waveguides, which are self-luminous under irradiation of a high power UV LED. Then, the light guided in the direction of the waveguide can be utilized to analyze a single FBG sensor. 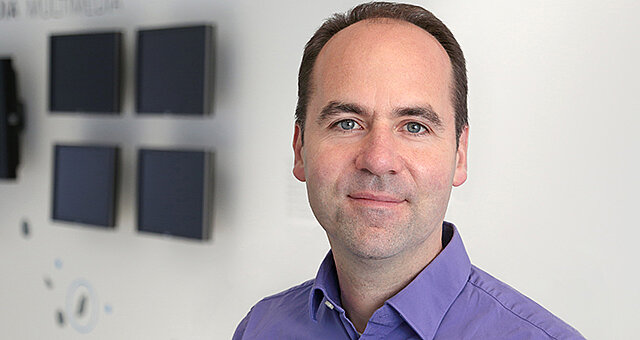