Benjamin Bross received the Dipl.-Ing. degree in electrical engineering from RWTH Aachen University, Aachen, Germany, in 2008. In 2009, he joined the Fraunhofer Institute for Telecommunications – Heinrich Hertz Institute, Berlin, Germany, where he is currently heading the Video Coding Systems group at the Video Communication & Applications Department and in 2011, he became a part-time lecturer at the HTW University of Applied Sciences Berlin.

Since 2010, Benjamin is very actively involved in the ITU-T VCEG | ISO/IEC MPEG video coding standardization processes as a technical contributor, coordinator of core experiments and chief editor of the High Efficiency Video Coding (HEVC) standard [ITU-T H.265 | ISO/IEC 23008-2] and the new Versatile Video Coding (VVC) standard [ITU-T H.266 | ISO/IEC 23090-3]. In addition to its involvement in standardization, his group is developping standard-compliant software implementations. This includes the development of an HEVC encoder that is currently deployed in broadcast for HD and UHD TV channels and most recently, the open and optimized VVC implementations VVenC and VVdeC. .

Benjamin Bross is an author or co-author of several fundamental HEVC and VVC-related publications, and an author of two book chapters on HEVC and Inter-Picture Prediction Techniques in HEVC. He received the IEEE Best Paper Award at the 2013 IEEE International Conference on Consumer Electronics – Berlin in 2013, the SMPTE Journal Certificate of Merit in 2014 and an Emmy Award at the 69th Engineering Emmy Awards in 2017 as part of the Joint Collaborative Team on Video Coding for its development of HEVC.

Versatile Video Coding (VVC - officially approved as ITU-T H.266 | 23090-3) is the most recent international video-compression standard of ITU-T and ISO/IEC. It was developed by the Joint Video Experts Team (JVET) with significant contributions from Fraunhofer HHI’s Video Communication and Applications department. Compared to its predecessor H.265/HEVC, VVC achieves about 50% bit-rate reduction at the same subjective video quality for a wide range of video content and applications.

Fraunhofer HHI's Video Communication and Applications department developed and made available the open optimized VVC software implementations VVenC & VVdeC, demonstrating the benefits of this video-coding technology. The only other open-source implementation announced so far is the x266 encoder.

High Efficiency Video Coding (HEVC - officially approved as ITU-T H.265 | ISO/IEC 23008-2) is a widely deployed video-compression standard of ITU-T and ISO/IEC. It was developed by the Joint Collaborative Team on Video Coding (JCT-VC) with significant contributions from Fraunhofer HHI’s Video Communication and Applications department. Compared to its predecessor H.264/AVC, HEVC achieves about 50% bit-rate reduction at the same subjective video quality. 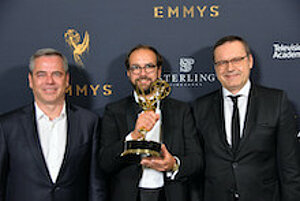 At the 69th Engineering Emmy Awards in 2017, Benjamin Bross was invited to the ceremony as part of the Joint Collaborative Team on Video Coding for its development of HEVC. Read more... 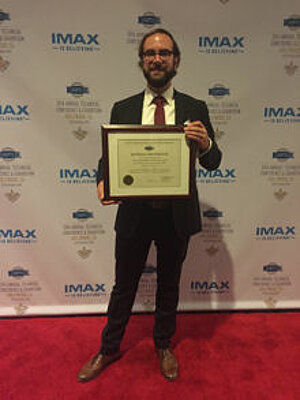 SMPTE 2014 Journal Certificate of Merit for the article “The New High-Efficiency Video Coding Standard”, published in the May/June 2013 issue of the SMPTE Journal, received in October 2014 (together with H. Schwarz and D. Marpe). 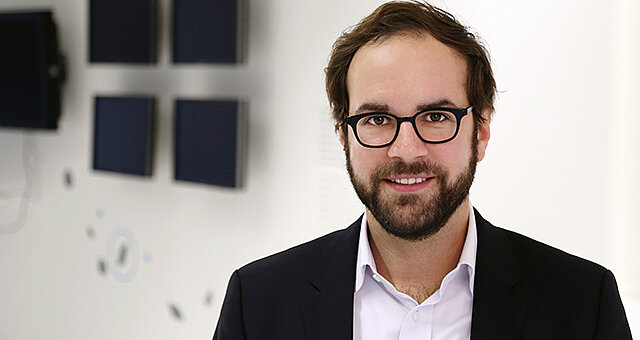