In video coding, there are inter-frame dependencies due to motion-compensated prediction. The achievable rate distortion performance of an inter-coded frame depends on the coding decisions made during the encoding of its reference frames. We have developed a multi-frame rate distortion optimization algorithm which determines transform coefficient levels such that their impact on subsequent frames is taken into account. 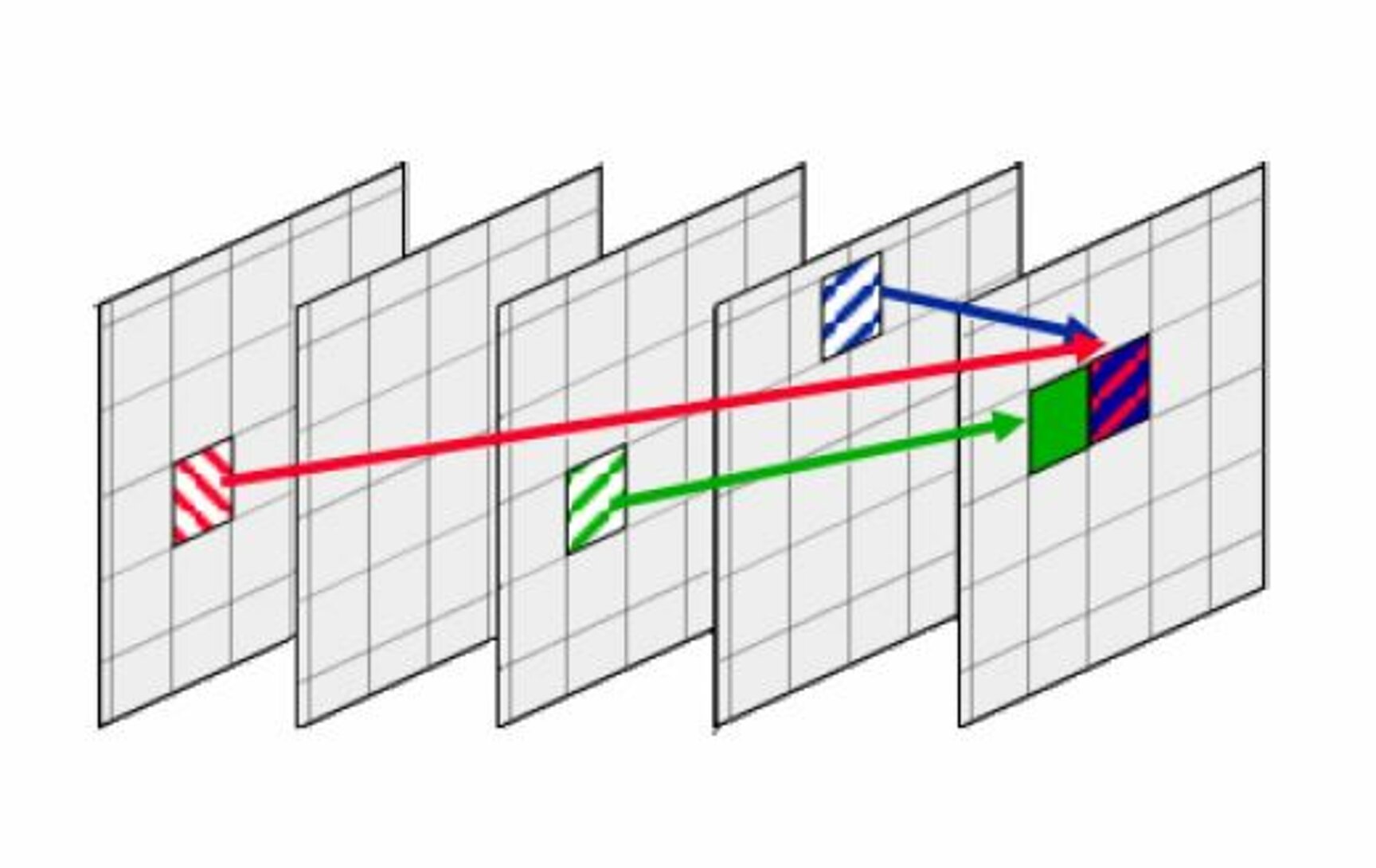 As in the usual Lagrangian approach, a weighted sum of the distortion D(c) and the bit rate R(c) is minimized. The distortion D(c) is measured as the energy of the difference vector between the original signal y and its reconstruction s. For the bit rate R(c), the l1-norm (i.e., sum of absolute values) of c is used as a simple substitute, since transform coefficient levels having lower absolute value are typically cheaper to encode. In particular, zero coefficients can be encoded very efficiently.

The problem is now cast in the form of an l1-regularized least squares problem, which can efficiently be solved using the iterative shrinkage/thresholding algorithm (ISTA).

For the experiments, a modified version of the HEVC reference encoder is used and the encoder settings as in the official common test conditions are employed. When using a simple IPPP. . . prediction structure with one reference frame, i.e. each P frame references its directly preceding frame, and infinite intra period, i.e. only the first frame is coded as an I frame, average bit rate savings in the range of 10% can be observed for N = 4.

When using the Random Access configuration, which uses a periodic prediction structure with a Group of Picture (GOP) of eight frames, there are average bit rate savings of about 3 %, with a maximum of 10 %. Note that only inter-coded blocks of the “key frames” are included in the optimization.